Professor Serkan Eryilmaz is currently vice president for research at Atilim University. He is the present co-chair of the System Reliability Technical Committee of the European Safety and Reliability Association. He served as Associate Editor for the IEEE Transactions on Reliability, and is currently serving as an Area Editor of the IISE Transactions-Quality & Reliability Engineering. Professor Eryilmaz’s research interests include reliability engineering, applied probability and stochastic modeling. He is the author of more than 160 publications. He was honored by TUBITAK Science Incentive Award due to his highly qualified studies on system reliability in the field of stochastic models/processes in operations research. 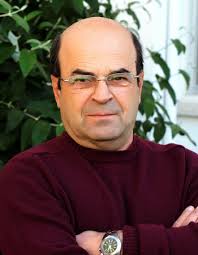 Agamirza Bashirov is with the Department of Mathematics of the Eastern Mediterranean University since 1992 after defending his Habilitation thesis in mathematics at the Kiev State University. Before he was with the  Institute of Control Systems of Azerbaijan National Academy of Sciences and defended his PhD thesis at the institute of Mathematics of Ukrainian Academy of Sciences (Kiev) in 1981. His research concerns systems theory, especially in the part of stochastic systems. He is an author of two books and a number of research articles.